While we're all witnessing the diabolical discrimination by Vaxi-Cult maniacs, with an intent to extort us into the perdition by ever repeated vaxsinations, unverified and quite often harmful, the God is now helping us with yet another advice, written on the Sun on 2021-09-24 around 03:00 UTC:

Note, that there is not written "mark", but "bond". This is optimistic for those, who already fell into the first rounds of the Vaxi-Cult Deception, that it possibly may be not a "Mark" as a damnation once and for ever, but rather a Diabolic "Bond", which perhaps can still be broken by many... While the clot-shots damage immune system among else, the jabbed persons will need ever more and more jabs to survive, becoming a slave of Pharmakeusin (Zj9:21, Gal5:20, Zj18:23, Zj21:8, Zj22:15), which seems to be an equitable and inevitable punishment for their idolatrous veneration of Vaxxination and for ignoring all harm it does to so many children, and for ignoring the omnipresent and pervasive Jewish and other lies and abominations...

Those of you, who didn't fell into this trap yet, try to endure in your refusal, since the Authoritarian Tyranny will fall hopefully sooner than too late.... Even from the Medical point of view, there always must be a statistically significant control sample of unaffected population to evaluate the long-term safety profile. Those of you, who were already jabbed with this 666 Clot-Shot Vax, hope the damage was not so severe yet as it could be and the blood pollution (* * *) will perhaps clear a little, and try not to allow them pushing you into repeated forced contamination of your body with their dirty products...

These GMO Vaxsines do not prevent transmission of Covid, so there is absolutely no need to take them because of others. It rather helps to spread the Covid faster, as we have witnessed in the most vaxsinated countries spreading "Delta" better than before... And it does not prevent you from possible Covid complications and death any long and rather seems to enhance that danger... It is stupid and selfish to accept the jab, and to obey to use their "passports", violating your most precious medical freedom and privacy... Using their "passports" and accepting the Jab due to Job or Amusement Extortion helps the Tyrants of Medi-Fascism to exert the pressure onto your neighbours, because if none or only few of you obeyed, they could not extort you or the others either - thereby Compliance is Complicity in their extortion scheme, and by tolerating the Propaganda you facilitate it to continue and thrive...

So far, there were multiple different variants of contamination of the dirty jabs and some of them were probably just a placebo, and only the diabolic pharmakeusin know, who received which one and what complications are caused by which pollutant... But they have now collected their data and will most probably make the next rounds of the jabs optimally damaging, not safer... Or are you an oblivious ignorant still trusting their honesty? Even now when they've shown us their utter dishonesty concealing the true extent of the damage and ignoring all people's suffering (meanwhile foremost in the West), while suppressing and censoring all scientific and medical dissent and muting the warning voices...

It seems like a last time to stop blindly collaborating on our collective destruction...

Rather request effective and safe Early outpatient Treatments, like Ivermectin in suitable combinations, which could extinguish the epidemic quite quickly... And beware of MoAB treatments, which often are or can be as dirty GMO as the vax jabs... (Because if they breed these humanized-mouse proteins in myeloma cancer cells and produce them en masse, they could occasionally fail to filter out the myeloma cells out? You will not recognize it soon enough, when significant portion of treated people will develop multiple myeloma cancer after some time ?? I don't know for sure... Perhaps they're using something else than myeloma cells for production of treatments, whose name ends with *vimab? Ask questions, demand answers and as always seek to know which opinions the censorship hides...) 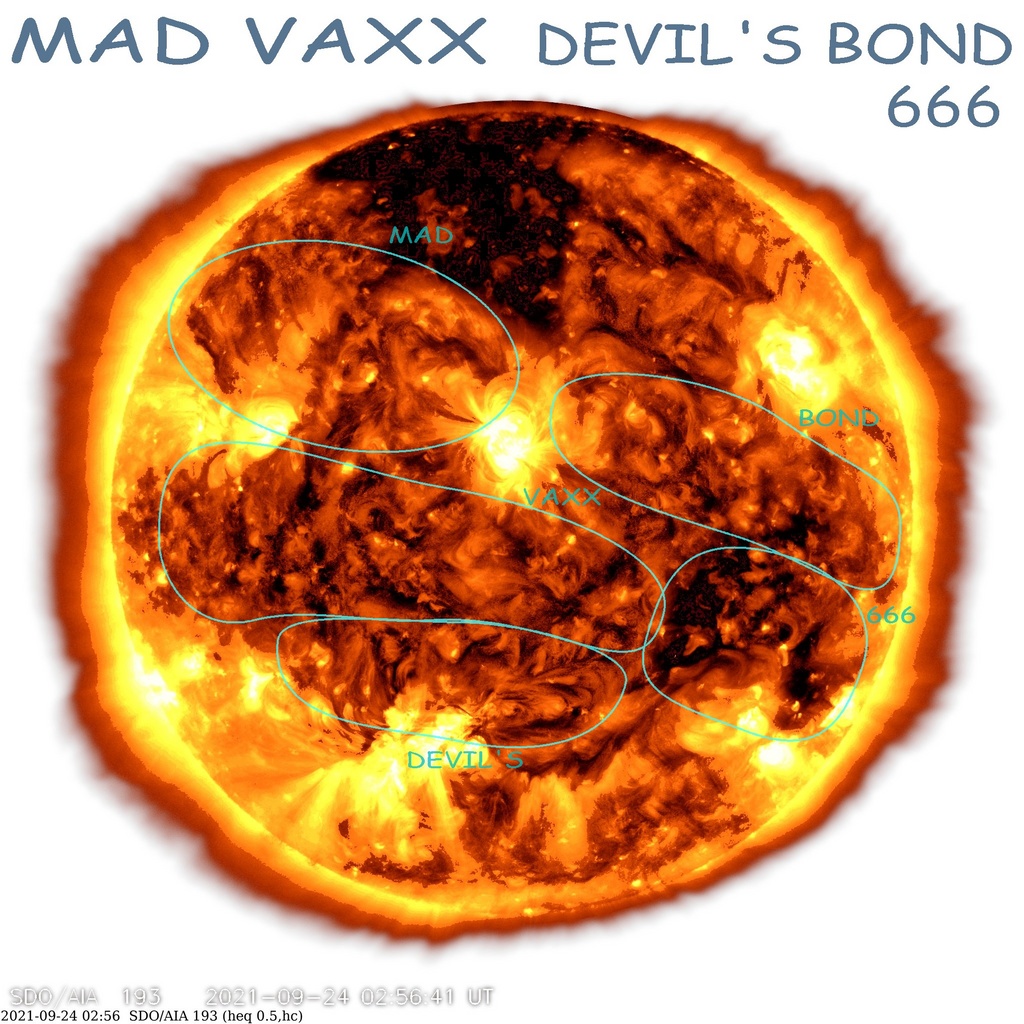 As we pray: »But only say the word, and my soul shall be healed...«, this is one of these occasions to heal the souls of many...

(You may see original image, and this enhanced version without blue marks...)
There were multiple other writings on the Sun earlier, among else against this Covid Vax, but none listened... (And there were few other in between, which I've skipped...) 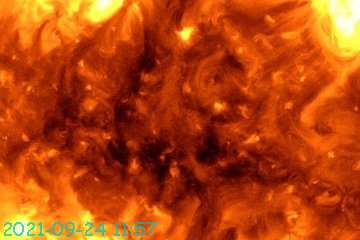 Soon following that inscription, the word "Vaxx" (or Vacc X?) changed to word HELL, with a nosed face sitting on the letter L...
This has multiple possible explanations, but the more probable ones are illegal to explain in today's oppressed world... Obviously the Vaxx leads to Hell, either the spiritual or after-life one, or more probably the "Hell on Earth" of perpetual diabolic tyranny, or it hints on the fate of the perpetrators... Pray it would not mean our deceived neighbours and children...

The man who trades freedom for security does not deserve nor will he ever receive either.